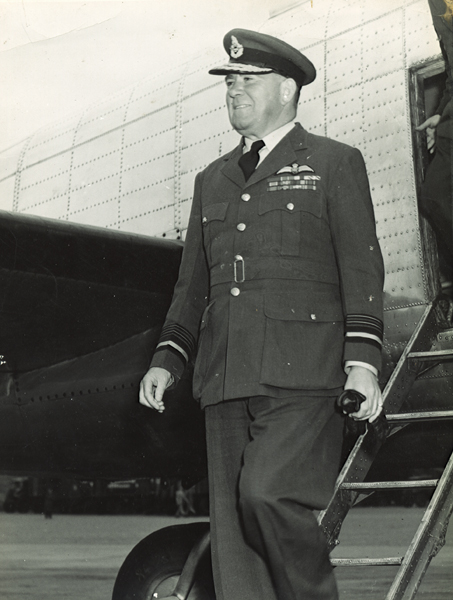 Although born in Lancashire, he completed his education in South Africa at Germiston in the province. He joined the 12th South African Infantry seeing action in German West Africa during 1916 and 1917.  Transferring to the RFC in 1917 as a cadet, he saw further service in France with No 65 Squadron flying Sopwith Camels gaining nine confirmed victories with the unit.  He later served in North Russia until 1919 as a fighter pilot.

Together with his AOC, he was one of the last RAF officers to escape from France in 1940 via Brest.

As AOC AHQ Bengal, he commanded two composite groups, No 221 with it's HQ in Calcutta and No 224 at Chittagong.  One of his first actions was to instigate a realistic live exercise in supply dropping to test out procedures to be used in support of the forthcoming Chindit operations.

Accompanied the crew of the York which carried the millionth ton of freight into Berlin during the Airlift.

Citation for the award of the Distinguished Flying Cross

During recent operations this officer rendered most gallant and valuable service, proving himself to be a very capable and inspiring leader.  On one occasion, observing three enemy railway trains, he dived, and in face of very heavy machine-gun fire seriously damaged one by a direct hit with a bomb.  He then descended almost to the ground, and attacked the personnel escaping from the ruined train, scattering them in all directions.  On returning to-his aerodrome his machine was found to be riddled with bullets.